Use the search to find what you are looking for

You are here: Home / Conference / Speakers 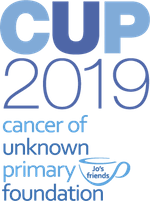 Dr F. Anthony Greco MD is Co-Founder of the Sarah Cannon Research Institute located in Nashville, USA. Dr. Greco’s principal professional interest has been clinical cancer research and he now specialises in cancers of unknown primary origin, lung cancer and germ cell tumors. He has helped to define the complex group of patients with unknown primary cancer recognizing many subsets of patients requiring specific therapy. He has developed, or helped develop, new and improved therapies for patients with several types of neoplastic diseases, including unknown primary cancer.

Dr Harpreet S. Wasan MBBS FRCP is Consultant and Reader in Medical Oncology, Department of Cancer Medicine, Imperial College NHS Trust. He leads the gastrointestinal clinical research program at Hammersmith Hospital, and is the current Lead for Cancer for The N.W London NIHR Research Network.  He is the chief investigator of the completed national CRUK/NIHR study for cancer of unknown primary (CUP-ONE), which is comparing rapid molecular diagnostics (with over 600 patients); and the NSHE 100k genome GeCip domain lead for CUP. He is an Advisory Board Member for The CUP Foundation, helped develop Macmillan patient information, and invited to give support for the original NICE CUP guidelines. He has recently started an immunotherapy study (CUPEM) for CUP patients and is involved as UK-CI in a tumour mutational burden (TMB) study, which includes CUP patients.

Dr Natalie Cook MBChB, MRCP, PhD is a Senior Clinical Lecturer in Experimental Cancer Medicine and Honorary Consultant in Medical Oncology at the University of Manchester and the Christie NHS Foundation Trust. Her initial medical degree is from the University of Sheffield and she completed a PhD at the University of Cambridge. She was awarded the Association of Cancer Physicians McElwain Prize and the Pancreatic Society of GB and Ireland Lord Smith Medal for her research. In 2012 she was awarded the Rothwell Jackson Postgraduate Travelling Fellowship and travelled to Canada to undertake a 2 year drug development research program, based at the University of Toronto and Princess Margaret Cancer Centre. She is the Medical Lead for the Experimental Cancer Medicine Team at the Christie, delivering early phase oncology trials to patients. She is clinical lead for the Manchester Experimental Cancer Medicine centre and a Principal Investigator on multiple global early phase clinical trials (including CUPISCO). She is also the lead for the NCRI CUP working group and has research interests in molecular profiling and the immune microenvironment in CUP.

Dr Manel Esteller  M.D., Ph.D.  is the Director of the Cancer Epigenetics and Biology Program (PEBC) of the Bellvitge Institute for Biomedical Research (IDIBELL) in Barcelona. He is also Chairman of Genetics in the School of Medicine of the University of Barcelona, and an ICREA Research Professor. Dr Esteller graduated in Medicine from the University of Barcelona, where he also obtained his Ph.D. degree specialising in molecular genetics of endometrial carcinoma. From 1997 to 2001, Esteller was a Postdoctoral Fellow and a Research Associate at the Johns Hopkins University and School of Medicine, (Baltimore, USA) where he studied DNA methylation and human cancer. His work was decisive in establishing promoter hypermethylation of tumour suppressor genes as a common hallmark of all human tumours. From October 2001 to September 2008 Manel Esteller was the Leader of the CNIO Cancer Epigenetics Laboratory, where his principal area of research were the alterations in DNA methylation, histone modifications and chromatin in human cancer. His current research is devoted to the establishment of the epigenome of normal and cancer cells. On 2019, Dr Esteller will become the Director of the Josep Carreras Leukemia Research Institute (IJC). His highly cited work in the cancer-type specific DNA methylation profiles of tumor suppressor genes (Cancer Research, 2011) led to the first proof-of-principle of the use of DNA methylome profiles for the diagnoses of Cancer of Unknown Primary (CUP) cases (Genome Research 2012), a finding that was validated in the clinical setting with the development of the EPICUP test (The Lancet Oncology 2016) and further discussed in the context of the overall CUP management (Nature Reviews Clinical Oncology 2017). He has been elected as the Director of The Cancer Genome Atlas (TCGA) for CUP cases to foster the understanding of the CUP disease biology.

Professor Alwin Krämer MD is head of the Clinical Cooperation Unit Molecular Hematology/Oncology at the German Cancer Research Center (DKFZ) and the University Hospital Heidelberg, Germany. He trained in medical hematology/oncology in Heidelberg, Mannheim and Bern, Switzerland and was a postdoctoral fellow at the McArdle Laboratory for Cancer Research in Madison, WI, USA and the Danish Cancer Society Research Center in Copenhagen, Denmark. Since 2006 he is appointed professor of the University of Heidelberg. His clinical focus is on cancer of unknown primary and acute leukemias. With regard to CUP syndrome he is principal investigator of the CUPISCO trial as well as chief investigator of the German CheCUP study. His basic and translational research interests center around causes and consequences of chromosomal instability in cancer cells.

Dr Karin Oien BSc (Hons), MBChB (Hons), PhD, FRCPath, FHEA is Clinical Senior Lecturer and Honorary Consultant in Pathology, the Institute of Cancer Sciences, College of Medical, Veterinary & Life Sciences, University of Glasgow. Karin’s research focuses on the identification, validation, functional characterisation and clinical application of cancer biomarkers. Her research uses technologies from genomics and bioinformatics through to molecular pathology and immunohistochemistry. Metastatic cancers of unknown primary are of particular interest to her.

Professor Penelope Schofield BSc (Hons) PhD MAPS is the Professor of Health Psychology and Program Lead for Personalised Health care solutions (Iverson Health Innovation Research Institute) at Swinburne University of Technology and Head of Behavioural Science at Peter MacCallum Cancer Centre, Melbourne, Australia. A behavioural scientist, her research focus is to assess and improve the quality of life of patients undergoing and completing cancer treatment. She is the lead investigator for the Australian national collaborative cohort study, ‘SUPER’ which is designed to describe the clinical heterogeneity of patients assigned the broad label of CUP, establishing the frequency of genetic mutations in tumours and defining quality of life and psychosocial issues unique to these patients.

Professor John Schofield MB BS, FRCPath is Consultant Pathologist, Kent Oncology Centre with a special Interest in CUP, and visiting Professor, University of Kent. A former Clinical Lead for the National Cancer Peer Review Quality Surveillance Team, he is co-author of RCPath Cancer dataset for CUP, and has authored over 80 original papers and 7 chapters.

Dr Kai-Keen Shiu PhD MRCP is a Consultant in the Gastrointestinal Oncology Unit at UCLH and is the Clinical Lead for the Cancer of Unknown Primary Service, as well as the Acute Oncology Service. He is the UK Chief Investigator for CUPISCO. Dr Shiu qualified at Guys and St Thomas’ Medical School. He trained in medical oncology in London including St George’s Hospital, the Royal Free Hospital and University College London Hospital. He completed his PhD in integrative genomic profiling of cancer at the Institute of Cancer Research and the Royal Marsden Hospital. He also attained a research fellowship at the MRC Clinical Trials Unit at UCL as part of the FOCUS4 Trial Management Group. He maintains a strong link with them in order to accelerate the development of novel cancer clinical trial designs. In addition to CUPISCO, he is a Chief Investigator and Principal Investigator for a number of national and international gastrointestinal oncology trials including JavelinGastric100, GS-US-296-2013, FOXTROT, POLEM, KEYNOTE 177, KEYNOTE 811 and KEYNOTE 859. Dr Shiu is Deputy Lead of the NCRI Cancer of Unknown Primary working group. He is a collaborator in the PEACE (Posthumous tissuE donAtion in CancEr) study, and a member of the Gastrointestinal Oncology and Cancer of Unknown Primary subgroups at UCLH/the UCL Cancer Institute/Francis Crick Institute. He is the Principal Investigator of the UCL/UCLH Gastrointestinal Cancer Translational Research Biobank.

Dr Richard Tothill BSc (Hons) PhD is a group leader and head of the Rare Disease Oncogenomics Laboratory within Department of Clinical Pathology and the Centre for Cancer Research at the University of Melbourne. Dr Tothill received his PhD from the University of Melbourne in 2005 within the laboratory of Prof David Bowtell. Preceding this time he was a research scientist working within the pharmaceutical industry (1998-2000, Glaxo-Welcome Genetics Division, UK). Since 2001 he has established a career in the field of cancer genomics. His work has been highly translational with a heavy focus on the development and adoption of breakthrough genomic technologies. His highly cited research has included development and application of diagnostic methods for cancers of unknown primary involving gene-expression profiling and high-throughput DNA sequencing.